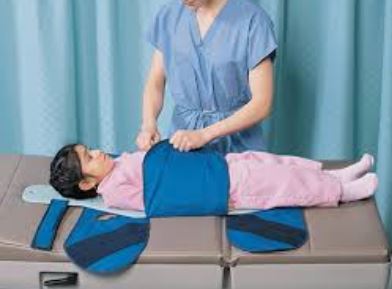 The Medical Side of Abs Belt | Electric Ab Belt Side Effects

Building six pack abs is a necessary ingredient for men who want to achieve alpha male status. results of ab belts Traditionally, it was believed that this could only be achieved through rigorous abdominal exercises especially sit-ups. However, technological advancement has led to invention of easier methods to achieve the abs without the need to boring and labor-intensive abdominal exercises. One such technology is the Abs Belt.

Just by the sound of it, many people wishing to build six pack abs get confused. What does a belt have to do with abs? In other words, they do not know the mechanism behind the medical effects of the belts. The purpose of this article is to unveil the medical aspects of the abs belt including its mechanism of action as possible adverse effects.

There are several abs belts in the market currently but all use the same mechanism to produce their effects. The belt is a type of electronic muscle stimulators (EMS). Usually, the belts are wrapped around the abdomen in the middle section. It then delivers tiny electric shocks to the abdominal muscles leading to micro-contractions.

This is believed to result in toning

strengthening and firming of the main abdominal muscles including the upper abs, the lower abs and even the obliques. The belt has electrode pads which have to be attached to the appropriate places on the belly. Electrical currents pass through the muscle fibers of the abdomen causing them to contract working out the muscles without the wearer applying any independent effort.

is the same mechanism that has been used for years by the medical community to maintain muscle tone in critically ill patients who are bedridden. It has also been successfully used by physical therapists to rehabilitate muscles that have weakened following injuries or surgery. The maker of abs belts based their devices on this decade’s long technology.

Initially, the contractions lead to toning of the muscles giving the abdomen the contours which are temporary. As soon as the belt is removed, toning stops and the muscle reverse. With continual use, the muscle fibers get adapted to the toned status in the appearance of the abs. For the effects to be seen, the electrodes must be attached at the right areas of the abdomen to result in organized contraction of the abdominal muscles.

Failure to place the electrodes in appropriate areas could mean the currents flowing in inappropriate muscles such as those of the heart leading to cardiovascular problems. It is also important to remember that abs belts do not burn fat therefore may not be effective in building abs in person with poor weight management such as obesity and overweight.

most makers of this abs belts recommend certain diets aimed at reducing body fat and promoting the deposition of lean muscle mass. Some may also recommend some exercise plan that works the abdominal muscles to contribute to the toning, strengthening and firming effects of the belt. Promoters of the belts claim they are 100 percent safe but the FDA has not approved most of them as medical devices.

Welcome. Hi, I’m Barbara V Kelly a writer, researcher, and someone who loves to work out. I’m a professional gym specialist - has worked with many people. I’m doing this ever since twenty-two. I’m trying to help people to shed off extra pounds of weight, gain six-packs, develop their core strength, and tailor some of the most result-oriented abs workout routines among other things. As a gym specialist, my main specialty is belly fat reduction. The best body workout techniques that I love to use include; Ab Belt, Ab Roller Wheels, Ab Stimulator, Treadmills, and other equipment. After all of my work done, I’ll write my blog with a cup of coffee. Twitter